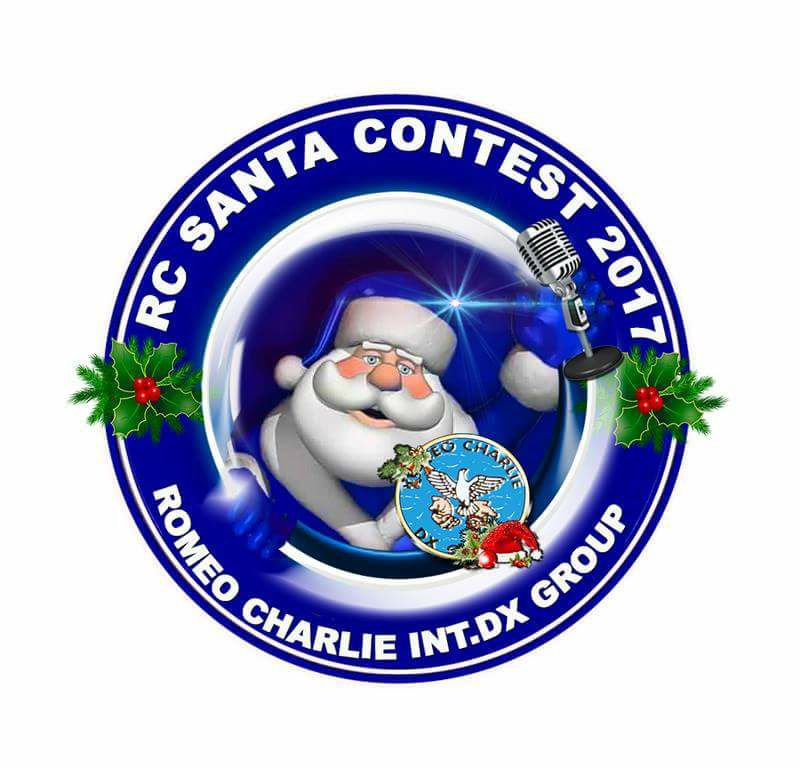 The objective of this contest is to reconstitute the words RC SANTA CLAUS CONTEST by contacting the various RC stations around the world which will give you a letter of the 4 words.

– 1 trophy to the 1st RC station which will have completed the words RC SANTA CLAUS CONTEST as fast as possible.

– 1 trophy to the 1st no RC station which will have completed the words RC SANTA CLAUS CONTEST as fast as possible.

– 1 trophy to 1st RC station activated a letter who will be the 1st in the classification.

In case of equality, we will take the postmark special QSL card will be printed for this contest. It will be not necessary to send a QSL card for earch contact, only on log with the normal contribution to the QSL manager :